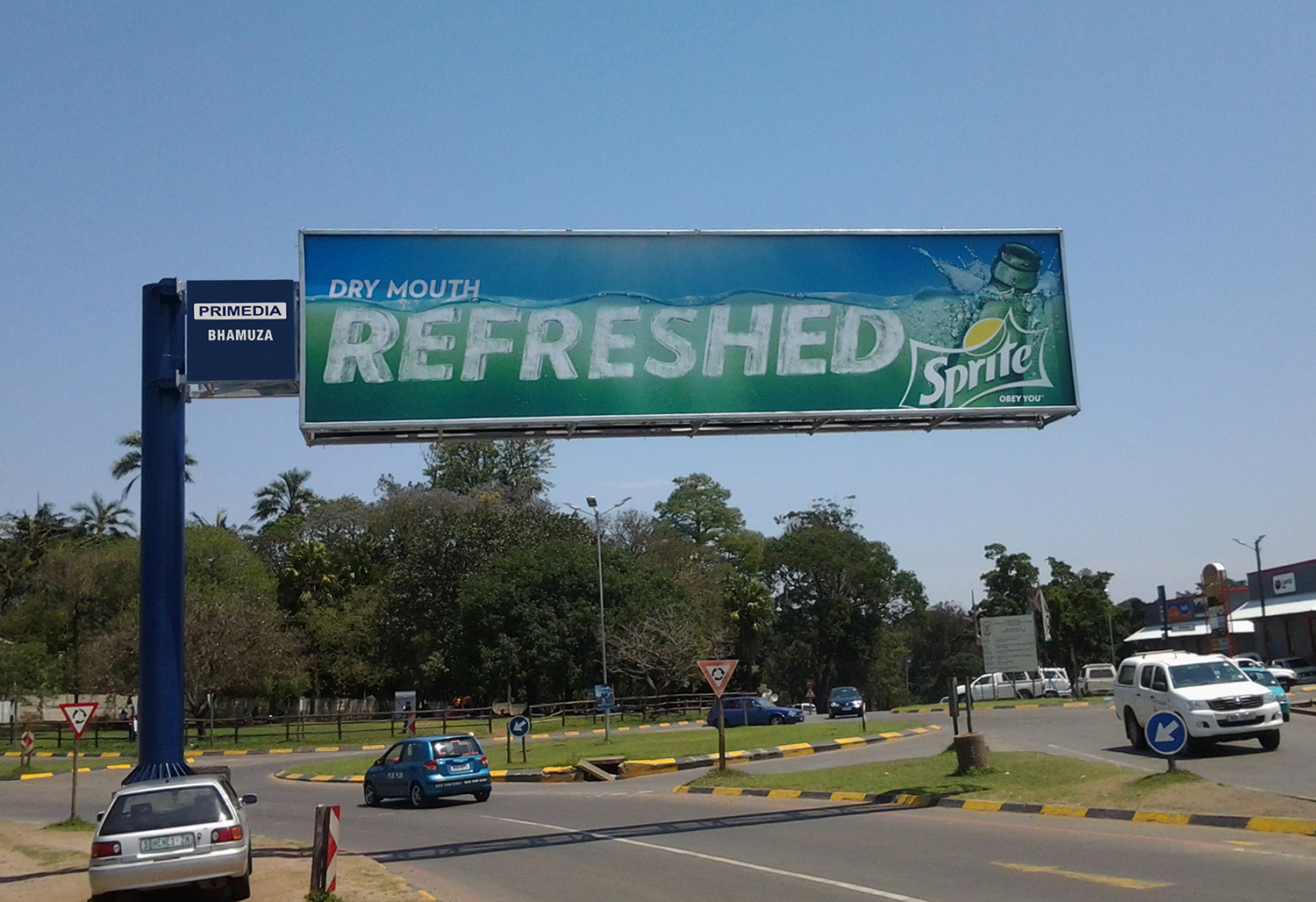 Primedia Outdoor has expanded the footprint of its iconic Bhamuza billboards beyond the primarily rural locations and into urban environments across South Africa, in line with progressive migration of the BoP/Survivor market to cities.

The 40 original structures have now increased almost 2-fold to 70 – substantially expanding this route to market. Ten of these additional Bhamuza structures have been strategically positioned to extend the reach of the product beyond the small towns to include many of the larger cities in the country – Nelspruit, Sasolburg and Pietermaritzburg to mention but a few.

The first 40 Bhamuza deliver an estimated 45% of the South African BoP market – defined as a household income of 70k per annum and lower.

This market represents a substantial 70% of all households in South Africa with a spending power of R300 billion (formal) and R280 billion (informal). (UCT Unilever 2014).

62% of this population lives in 3 provinces – KwaZulu Natal, Eastern Cape and Limpopo. 70% live outside metros or cities. A staggering 79% are not formally employed. (AMPS 2013/14)

So, where does the money come from? The South African government – that spent in the region of 135 billion on Social Grants in 2014. More than 40% of Survivor households depend on Social Grants for more than half their income. (UCT Unilever Institute 2013)

Accessing Social Grants has never been easier – apart from retail  outlets like Shoprite and deposits directly into accounts, the new SASSA biometric cards facilitate the collection of grants through a number of channels: points of sale; merchants; banks and cash pay points.

This begs the question – how does one reach this market?

Shopping patterns within the BoP market help strengthen the argument for outdoor advertising and significantly reduce the number of sites needed to reach a high percentage of this audience.

61% of the BoP market claim to do one bulk shop a month with another 16% twice a month (AMPS 2014). Bulk shopping requires shopping venues with substantial choice and size thus requiring migration to the largest convergence nodes within a given area and that’s where you’ll find Bhamuza.

These monuments to outdoor  “own the town” (and the surrounding population). Unilever and Coca-Cola, the first clients to come on board, booked the entire initial package –  at face value, a strong indicator of faith in this powerful outdoor medium to capture significant BoP market share.

“Outdoor should be the medium of choice when it comes to this market.” says Dave Roberts, CEO of Primedia Outdoor. “Consider that some of the most successful brands in this segment, like Lucky Star and KFC, also dominate share of voice in outdoor.”

The success of the first 60 billboards and the addition of 10 new urban structures would suggest that the Bhamuza business is booming.