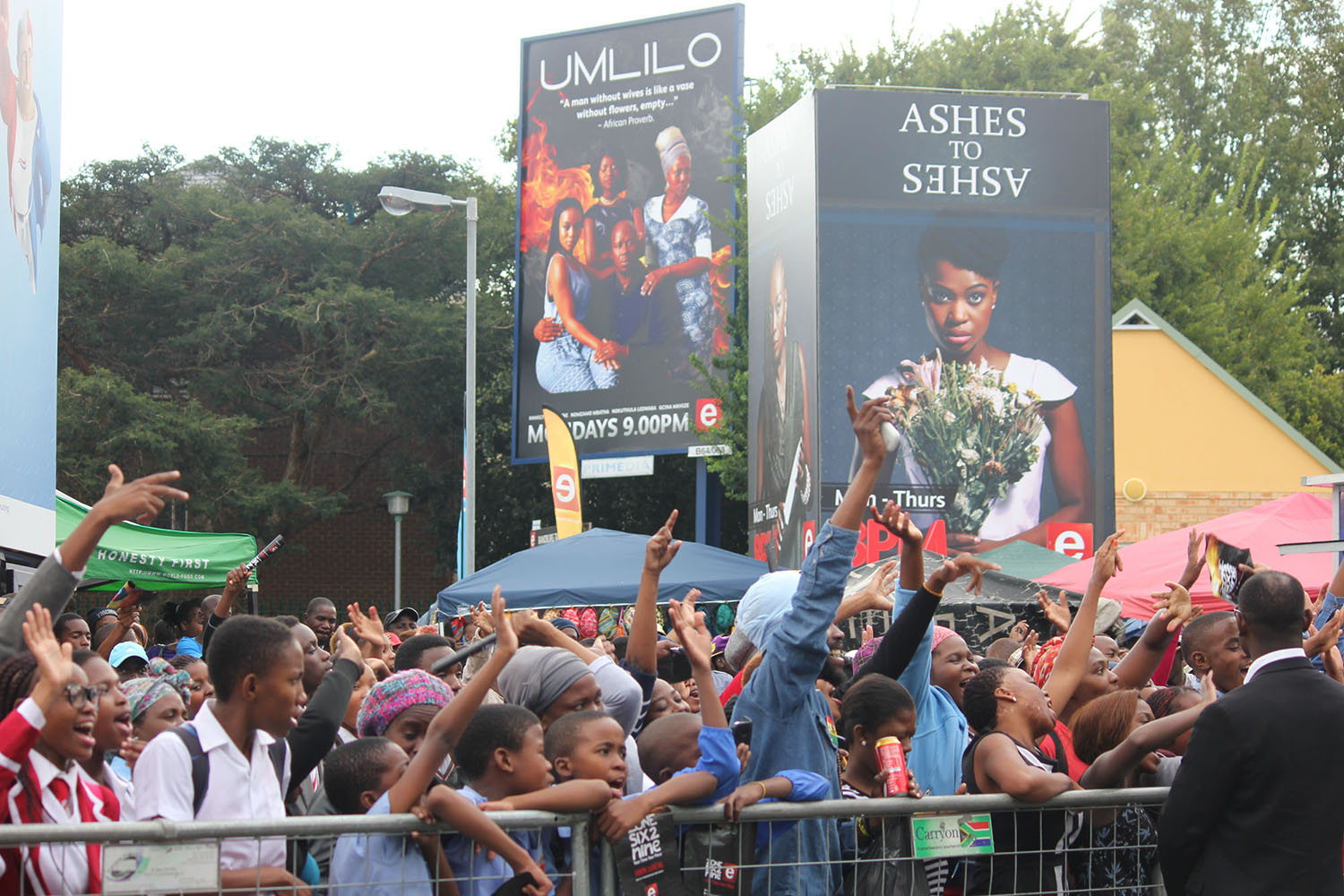 There’s something visceral and earthy about taxi ranks. The whole environment is a constantly seething body of smells, sounds and movement. From the savoury sizzle of meat being braaied, luring hungry (and even not-so-hungry) travellers, to the smoky mix of exhaust fumes and hum of a myriad conversations, carried across the organised chaos of taxis and commuters.

It was against this frenetic backdrop that e.tv launched their exciting new line-up of programming for their 6 to 9 Zone and two brand new local shows – Umlilo and Ashes to Ashes, at key taxi ranks across the country, spearheaded by the live appearance of cast members from the new shows and old favourites, at the rank in Randburg, on Monday, 2 March 2015.

Primedia Outdoor provided the setting for a mobile staging rig, with eye-catching branding of the premier e.tv shows on BrandMarks and billboards throughout the rank plus an army of promoters handing out glossy flyers to the flood of commuters swarming around the whump-whump of the sound system stacked centrestage.

In next to no time e.tv stars, Khanyi Mbau (Katch it with Khanyi), Cyprian Ndlovu (Club 808), Brian Majola aka “Bruno” and cast members from the two new shows, were working the crowd that had swelled in numbers and became progressively more vocal as their idols selectively invited some of the more ardent fans on stage to get their groove on and win cool gear and product hampers.

Amongst these wannabe performers was a youngster in school uniform, no older than ten or eleven that pulled off a word-perfect performance of  a hip-hop/rap number, with all the aplomb of a seasoned professional and had both the crowd and the stars on stage eating from the palm of his hand.

The event at the Randburg taxi rank demonstrated the love and admiration local actors enjoy and the appearance of Mduduzi Mabaso, Brighton Ngoma, Mapaseka Koetle, Chumani Pan and Patrick Shai (both from Ashes to Ashes) and Umlilo stars – Gcina Mkhize, Omuhle Gela and Thato Molamu, had the crowd enthralled.

With the launch of new shows like Ashes to Ashes (set against the funeral business) and Umlilo (polygamy explored), bound to raise a few eyebrows and bigger audiences in the 6 to 9 zone, e.tv has stepped up their game and the reshuffle of perrenial hit shows, Rhythm City and Club 808, will certainly give the regeneration of the channel, a head start.

The dominance of e.tv branding at the ranks is a constant reminder to thousands of their primary audience that after a long day at the office they can head home and immerse themselves in the bubbles of their favourite soapies. 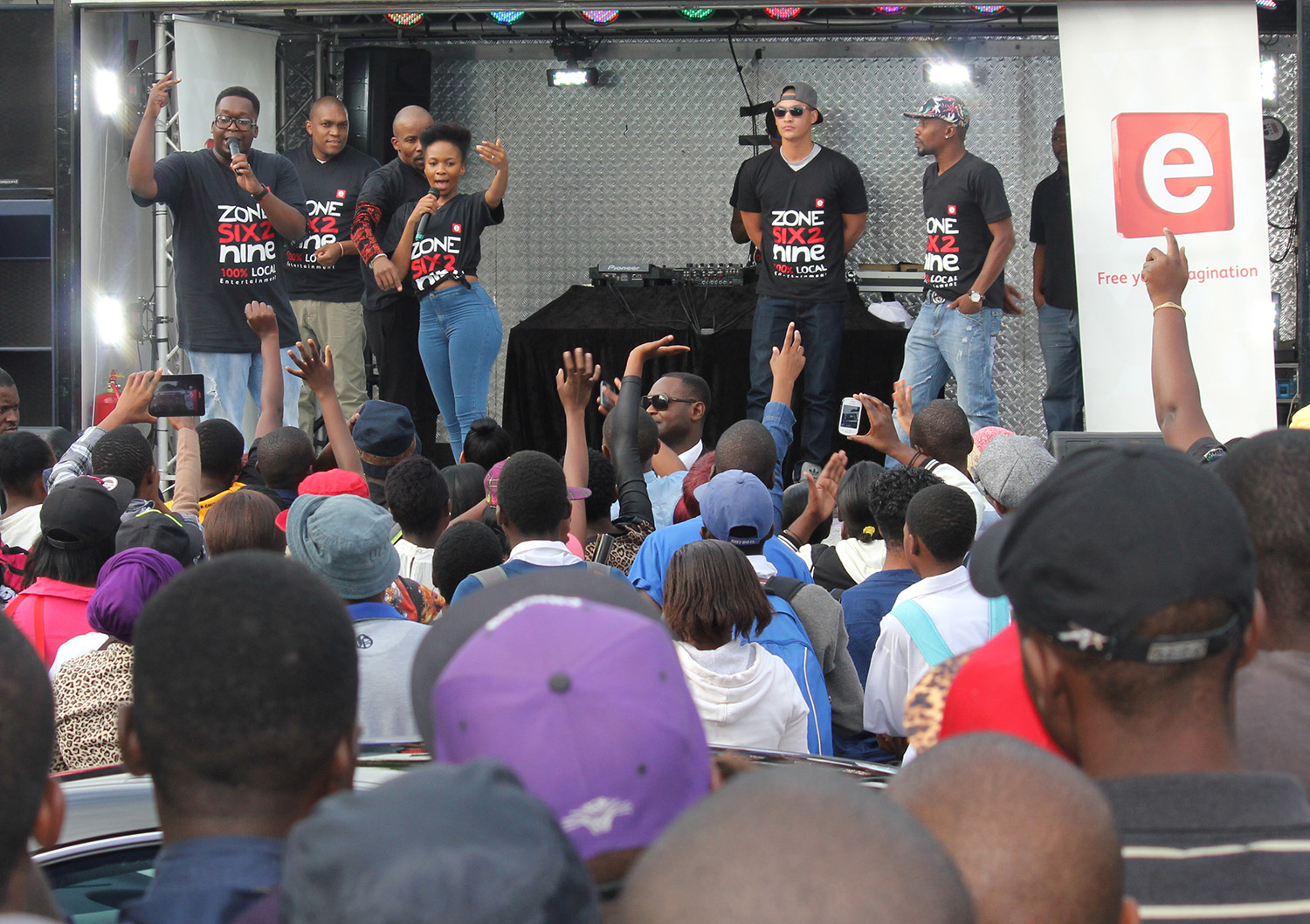