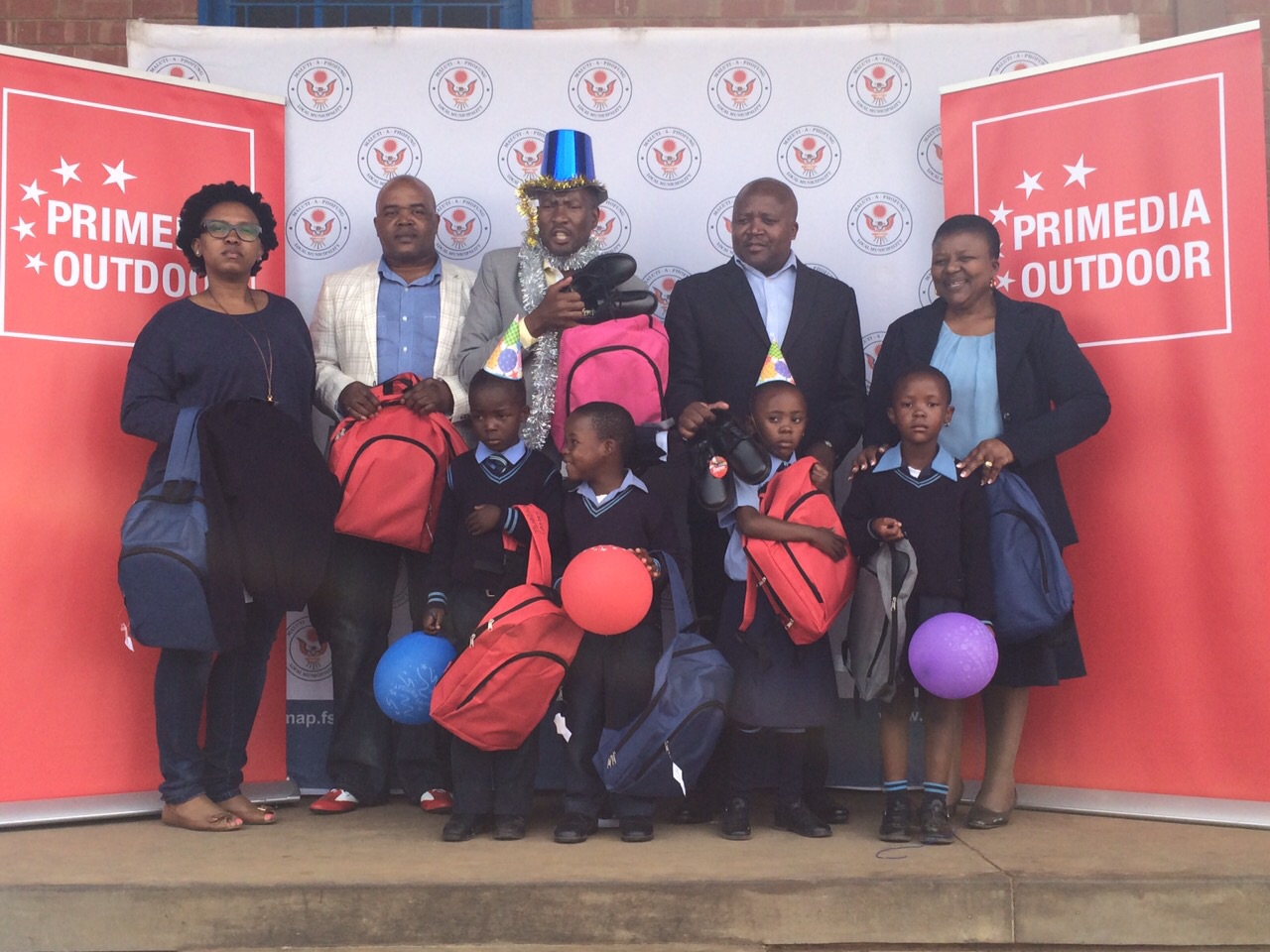 HARRISMITH – The Maluti-a-Phofung Local Municipality, in partnership with Primedia Outdoor, has offered a helping hand by donating 40 school uniforms and 400 school bags to the learners of the Sentebale Primary School at Intabazwe (42 Hill) near Harrismith.

The donation was handed over to the management of the school on Tuesday, 17 February.

Kennedy Tshabalala, executive: rights and acquisitions at Primedia Outdoor, said the donation was aimed at ploughing back into the community.

“It is important to plough back into the community as a corporate social investment.

“We engage with the municipality to find out what challenges they have and they direct us. That is the reason we came here today,” he said.

Tshabalala said it was the first time they had made a donation in Maluti-a-Phofung and added that it was not something that would end at Sentebale, because they would like to become more involved in the future.

“We have a long-standing relationship with the local municipality where we have the right to erect billboards. We then get third parties to advertise on them. We get revenue from those adverts and later pay a certain percentage to the municipality,” he said.

Vusi Tshabalala, the executive mayor of Maluti-a-Phofung, said he was happy that they had managed to change the lives of these youngsters through this partnership.

“We made a promise to the school last year that we would come back with something for them.

“Early childhood development is a priority in the ANC manifesto. We saw it fit to donate school uniforms to needy children.

“Most importantly, the donation took place in my birthday month,” the mayor said.

The mayor said they would identify more schools to help and added that there were more business people who were willing to invest in the future of black children.

“I am very happy for the children who benefitted from the partnership.

“The learners who received uniforms were those who really needed it. Most of them are orphans and they would be happy to have new school uniform,” Nkabinde said.