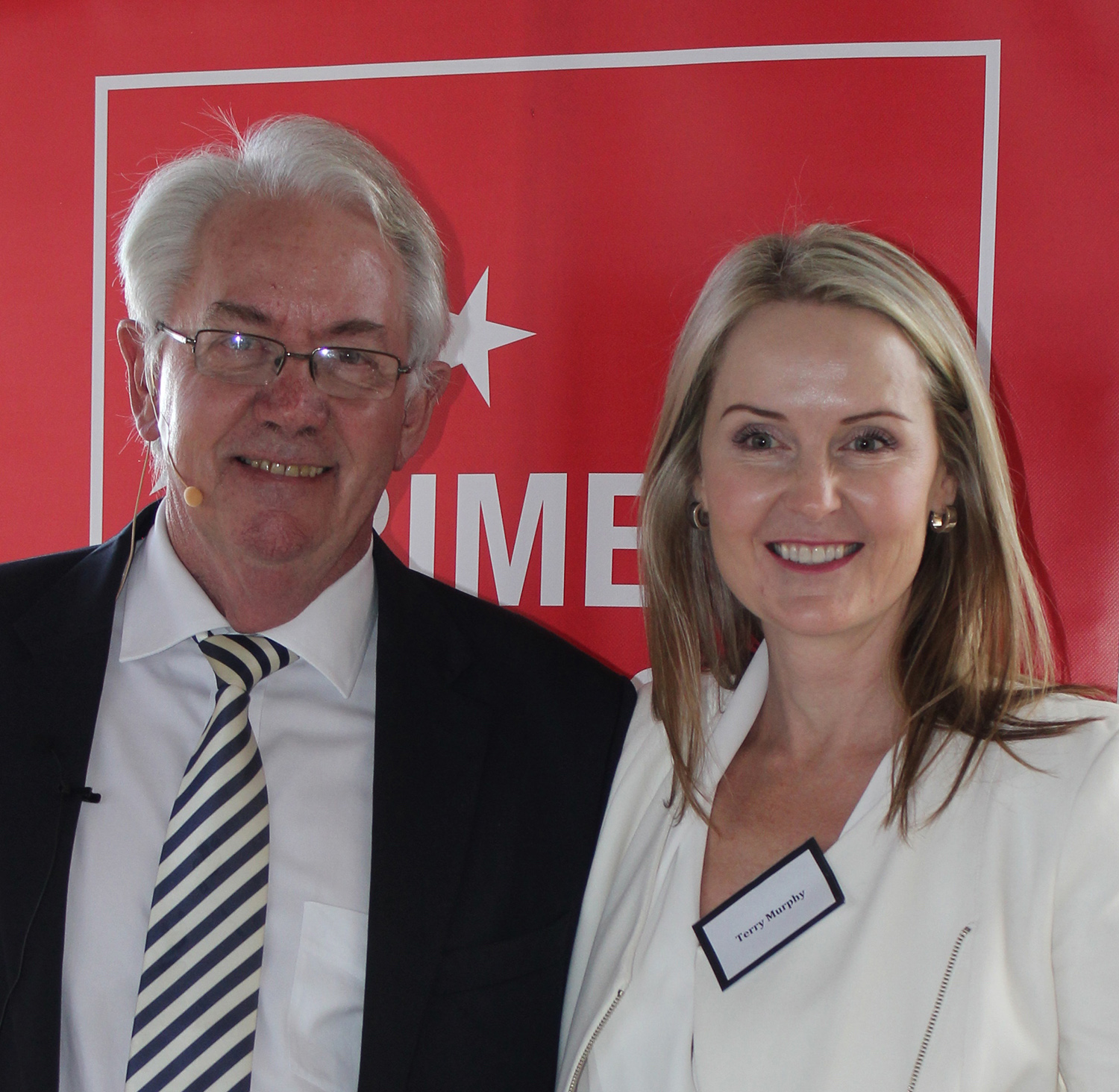 The informal sector is often ignored or written off by big-brand marketers as insignificant, not worth the effort, or even potentially damaging to their brand image. Yet conservative estimates suggest that informal trading contributes 6-7% of South Africa’s GDP – twice as much as agriculture and about the same as the mining sector. And by all accounts, it’s doubling in size every year. Perhaps the time has come for the formal and informal sectors to come together and bridge the gap between them.

According to Professor John Simpson, director of the UCT Unilever Institute of Strategic Marketing, the potential for big brands to make a significant impact in the informal sector is huge, but that the gap between these two economies is widening every year.

Speaking at the seventh Primedia Outdoor Private Seminar held at Green Park, Sandton on 17 March 2015, Simpson said big brands were missing out on potentially lucrative opportunities because of what he terms the “PLU effect”.

“PLU, people like us,” he said. “We understand people like us, and market well to them. But we’re not so good at connecting with the informal economy. Marketers don’t ‘get’ the market, they make assumptions, they condescend, they take advantage of what they perceive to be a naïve market, and they seldom connect.”

Simpson was presenting the results of a year-long survey carried out by the institute into what he terms the “survivor market” – people who live in households with a total income of less than R6 000 per month.

“Thirty-four-million South Africans fall into this segment,” he said. “That’s around 70% of the population. They represent more than 10-million households. 50% are unemployed, more than 50% are urbanised, and 40% of these households depend on social grants.”

Many social grant recipients run informal businesses to supplement their incomes, but these funds go unreported, for obvious reasons.

“Just about every figure you have about the survivor market underestimates reality quite dramatically,” he said. “Activity is enormous. If you’re on a social grant you’re not going to tell Stats SA that you have a business on the side for fear of losing it. And so we can’t easily get an understanding of what we’re dealing with.”

But whatever the exact figures are, the level of informal economic activity in townships is undeniably astounding.

In 2012, the Sustainable Livelihoods Foundation researched the distribution of micro-enterprises in a number of townships. The research covered both registered and unregistered business activity, including liquor suppliers, street traders, spaza shops, rental activities, money lending, recycling, religious services, and even drug dealers. In Ivory Park alone (a township between Johannesburg and Pretoria), the study identified 2 366 businesses in just 1.5km2.

“This translated to one enterprise for every ten households, which extrapolates to over a million unrecorded enterprises country-wide,” said Simpson.

These enterprises can generate substantial turnovers. One butchery/restaurant reported an annual income of R5-million, while a seller of chicken feet and heads (walkie-talkies) said he made a monthly profit of R11 000.

“Estimates vary as to the size of the informal economy,” said Simpson. “StatsSA puts it at R120-billion, which I think is very low. Professor Bhorat of the School of Economics at UCT estimates R280-billion, which I feel is quite conservative. Loane Sharp of Adcorp says it could be as much as R680-billion, which is perhaps a bit overstated.

“In truth, we can’t possibly calculate an exact figure because the formal and informal economies overlap quite a bit. But the point is, the informal sector is big!”

So how do marketers successfully approach the informal sector and the survivor market? The starting point, says Simpson, is empathy and respect.

“Put yourself in the shoes of the consumer,” he says. “Think how you would make, say, R3 000 last an entire month in your household. Ration your food, skip meals. Forget about Tim Noakes: protein is a luxury. Become water-wise. Use electricity sparingly. Try and get around without your car. These are the challenges faced by the survivor market.”

“We hardly get a courtesy call from brand managers…”

Simpson says very often marketers simply ignore traders outside of the retail chains because they don’t know how to classify them.

“For example, there is an outlet in Mthata that operates as both a wholesaler and retailer,” he says. “It attracts 7-million customers per year, with 30 stokvels making purchases per day in December. Transactions are mainly in cash. It occupies 4 000m2 – yet there is generally only one point-of-sale promotion taking place at any given time.”

“We hardly get a courtesy call from brand managers and in the area we’re a major player,” said a store representative in the survey. “We’d love to work with the marketers, then we’d all win.”

“Every day 40 000 people visit Cavendish Square, a high-end mall in Cape Town,” continued Simpson. “And every day 150 000 people pass through the Bree Street taxi rank in Johannesburg. What other shopping centre do you know where 150 000 people – the same people – pass through every day? It’s manna from heaven for marketers. Yet in the whole of Bree Street taxi rank there is one point-of-sale activation. There is nothing else there! You ask about retail, helping customers, putting your brand on show … it doesn’t happen. The formal sector is losing out on a golden opportunity.”

It’s also important to understand the buying patterns of the survivor market, the dynamics of brand loyalty versus price sensitivity, the route to market in light of the buying power of informal trading groups, the purchasing process on market day, the concept of “cash is king”, the different ways in which South African and foreign traders operate, and many more complex dynamics and nuances of this segment.

“If you don’t reach out, your brand will be at risk of being edited off the shelf,” said Simpson. “Most traders stock only one or two brands per category – usually a top-end brand and low-price competitor. Competition is fierce.”

Simpson offers these tips to marketers who are hoping to gain a foothold in the informal economy:

“But if you really want to understand the market,” he concluded, “the best thing to do is to go there. Pay a visit. You might just be surprised at what you find.”

In 2013 PRIMEDIA Outdoor initiated (desk) research into the BOP market. As a business, PRIMEDIA outdoor became increasingly active in this segment and needed to increase its own knowledge in order to formulate better media products serving the market.

“The findings were so significant that we just couldn’t keep them to ourselves,” says Primedia Outdoor Executive Marketing and Marketing Services Terry Murphy. “We decided to get a group of marketers and media agencies together and to share the findings with them. The first event was so successful that the seminars became a regular item on the Primedia Outdoor calendar.”

The most recent Private Seminar was the seventh in the series. It was the second time the address was delivered by Professor John Simpson, who compiled the Majority Report and presented it at the first Private Seminar.

Professor John Simpson is the Director of The Institute and has headed up all projects that have been produced by the Institute since its inception in 1998. He was the Senior Deputy Dean of the Commerce Faculty for a number of years and was also head of the School of Management Studies at UCT.  He currently lectures in Marketing at UCT and is involved with all projects at The Institute.

John holds a BSc in Psychology, an MBA and a PhD in consumer behaviour, all from the University of Cape Town.