Brightening the streets of Harare 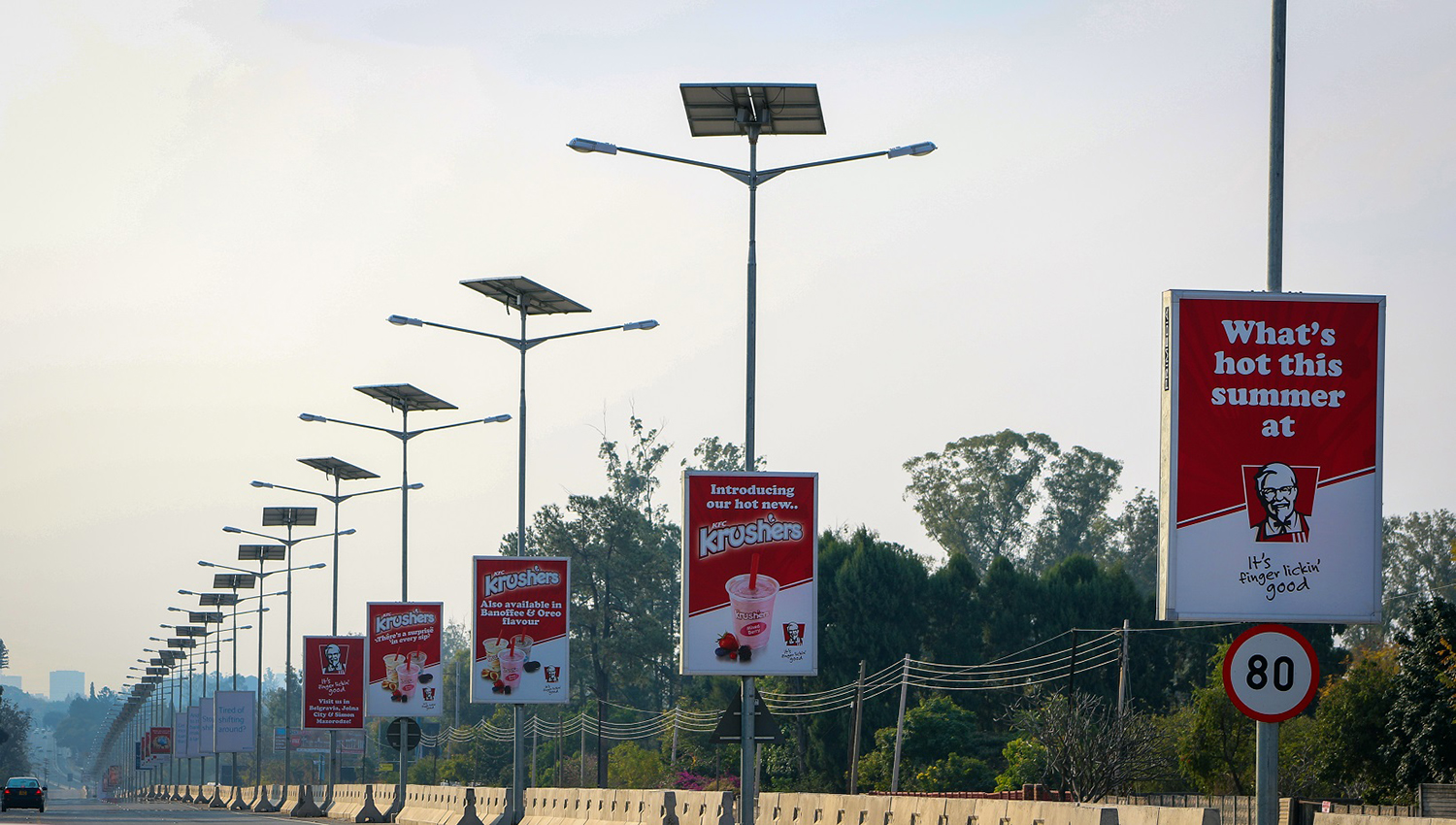 Primedia OOH Africa has just finished installing 870 street poles on seven key roads in Harare, Zimbabwe. These include the new Airport Road, key CBD arterials (Samora Machel Road, Julius Nyerere Road, Robert Mugabe Road, Dieppe Road, Simon Muzenda Road) and the affluent Borrowdale Road. The installation is a joint venture with the City of Harare, and is set to run for the next 15 years. It is the biggest street lighting project in Zimbabwe at the moment.

Prior to the installation, which began in April 2015, some of the roads were poorly lit or in complete darkness, says project coordinator Ameer Isaacs. “The new street poles vary in height according to the environment so as to light up the entire road, rather than leaving patches of darkness,” he says.

The lights are entirely solar-powered. As such, the cost of the project is limited to the original installation and maintenance. In addition to the “green” value of relying purely on solar energy, this solution is also more reliable, as electricity supplied by the grid can be erratic. None of the street pole lights rely on local electricity suppliers, and the project therefore assists the city council by alleviating the burden of lighting the city streets.

The illumination of city streets brings several benefits. To begin with, lighting up the roads provides a safer environment for all who use them. Moreover, on streets populated by businesses, additional lighting allows for increased trading and economic activity – particularly for informal businesses. Whereas traders would pack up and go home with the setting of the sun, they now continue trading until about 10 or 11 o’clock at night, adding up to four hours each day in which to conduct business.

In roads where no trading takes place, the street poles nevertheless improve the safety and aesthetic of the area. In addition to installing and maintaining the street poles, Primedia oversees the maintenance of the sidewalks, with teams responsible for cutting grass, clearing loose rubble and general upkeep – all of which encourages increased road use.

The installation of street poles is a “win-win for all concerned”, says Tsitsi Nyati, General Manager for Primedia Outdoor Zimbabwe. “Through this project Primedia, along with the foreign companies and local big businesses that advertise through us, are giving back to the community by adding value and upgrading the place in which we conduct business, and through this improving the lives of its citizens.”

“At the same time, the improvement in lighting and surrounds means that our clients’ communications remain visible throughout the night, while also increasing the number of people who engage with the advertising.”