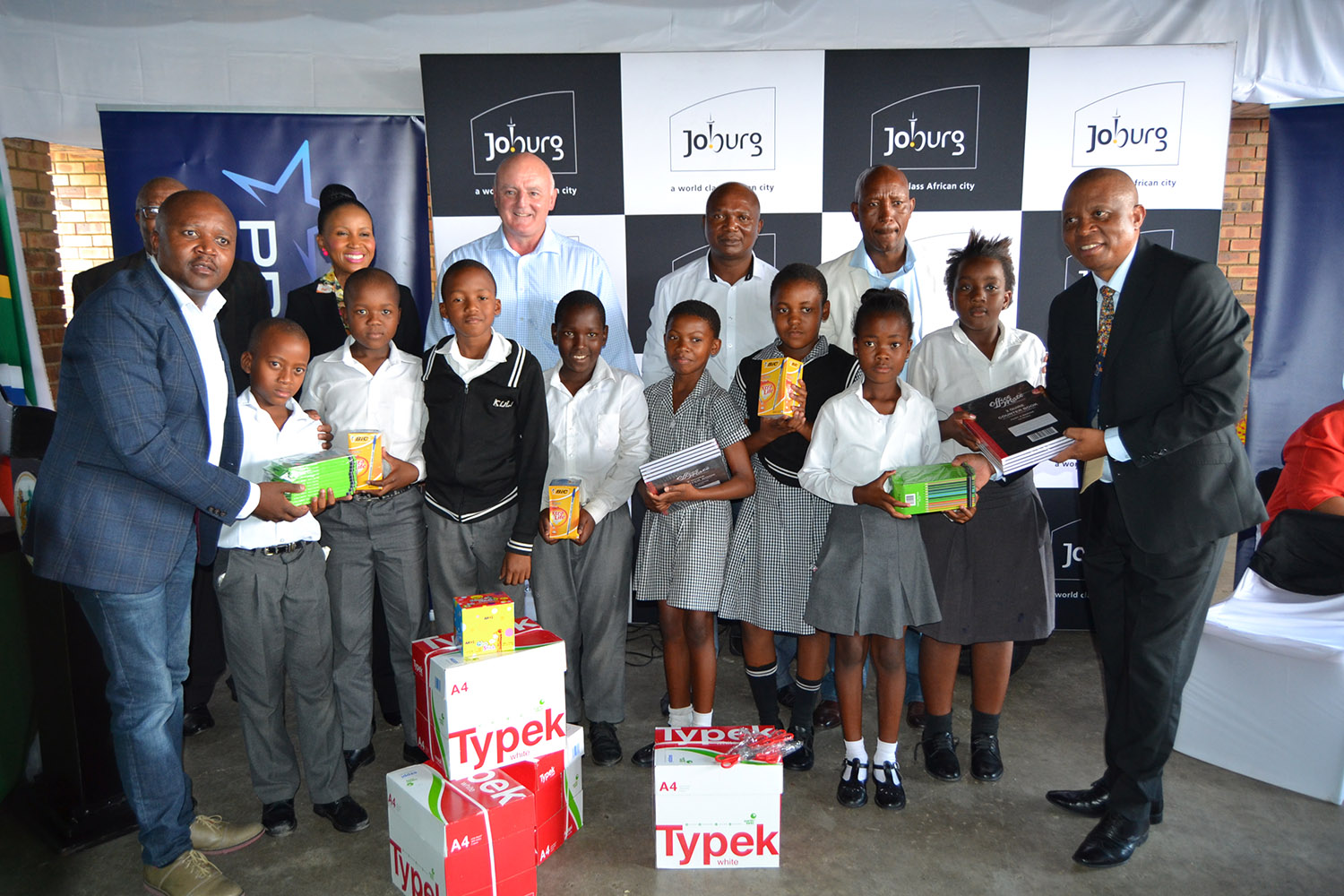 Primedia Outdoor has donated more than R100 000 worth of goods, including stationery and sanitary pads, to Skeen Primary School in Alexandra, at an event attended by City of Johannesburg Mayor Herman Mashaba.For the past six years, Primedia Outdoor has chosen not to have a Christmas party, instead using the money saved as the basis of a donation to a needy school. This year, they turned their attention to Tsutsunami Village in Alexandra, donating much needed stationery, along with sanitary towels for the grade 6 and 7 female learners.

“Every year over a million children start school, but twelve years later, more than half of them disappear,” he said. “This is a school with an official capacity of 800 learners; today this school is sitting with more than 1400 learners… [In addition] over 30% of these children’s parents are unemployed.”

“For us as the new government, we believe very strongly in working with the private sector, recognising our weakness as government. Governments’ responsibility and role is to create an enabling environment for the parents of these children to have opportunities [and to] to ensure that we provide proper schools that can provide the right type of education… If we are serious about employment opportunities for our people, we need the private sector.”

The importance of donating sanitary towels was also highlighted, with Moabi Maropeng of the Gauteng Department of Education saying that the number of girls missing school is rising, due to a lack of sanitary ware. “We want to thank Primedia for coming on board especially with a donation of that kind,” he said.

This is the sixth edition of Primedia Outdoor’s Gift to Give initiative. “It’s quite appropriate that Primedia Outdoor is donating to a school here in Tsutsumani village,” said CEO Dave Roberts. Prior to the All Africa games in 1998, the company acquired billboard rights with the city of Joburg and paid a substantial upfront payment, some of which contributed towards building accommodation for the athletes. This subsequently became the residential housing of Tsutsumani Village.

“It’s very rewarding to be able to continue this partnership and to be at this school today,” he said, a sentiment echoed by Rights and Acquisitions Executive, Kennedy Tshabalala.

School principal, Mr Mashishi, thanked Primedia Outdoor for the donation. “Today, you have made a difference in our lives,” he said.