5 Reasons that OOH is a great way to reach Millennials 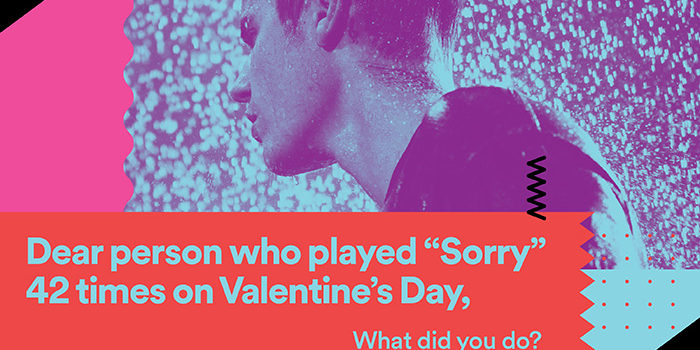 Born between the early 1980’s and early 2000’s, Millennials are presently between 17 and 37 – i.e. coming of age or in the prime of their lives. They are one of the biggest segments of the population (there are just less than 20 million Millennials in South Africa) and one of the largest generations in history, as they make up 21% of consumer discretionary purchases (in the U.S), exceeding a trillion dollars in direct buying power and influencing older generations.  According to Goldman Sachs, Millennials “are poised to reshape the economy; their unique experiences will change the ways we buy and sell, forcing companies to examine how they do business for decades to come.”

As such, winning today’s marketing war means winning the hearts and minds of Millennials.

Born into an extremely digitally-driven, socially-networked society, Millennials have received the most marketing attention and yet take less action in response to adverts than preceding generations. However, according to a Nielsen study, they over-indexed on taking action after seeing an OOH ad, with 58% taking action.

Despite – or perhaps because of their extensive exposure to all things digital, traditional media formats are cited as resonating “strongly with Millennials”. More than 60% of respondents to a global survey said that they trusted traditional formats (TV, OOH, newspapers), with 56% trusting OOH. Compare this with the percentage of people who say they trust online video ads and other paid online ads, at 46% and 48% respectively. Mobile ads garnered only 43% of people’s trust.

Based on this and other research around the habits and preferences of Millennials, OOH is one of the best ways to target this important group. Here’s why:

“They’re tethered to their smartphones and social media 24/7,” says Nielsen’s Millennials – Breaking the Myths report from February 2014. And, according to Crowdtap, 71 percent of millennials (in the US) claim that they engage in social media daily, with user-generated content taking up some 5.4 hours of their day, around “30 percent of their total daily media consumption.” This leads us to OOH, because it has proven to have a natural synergy with social media, with an ability to amplify campaigns and score earned media.  Good, innovative creative can get OOH noticed, earning a lot of attention across social networks – content which users themselves create and upload.

While millennials consume great quantities of social media, Nielsen reports that they also “filter and gate-keep intensively”.  They’re also – thanks to their digital savvy – more likely than average to use ad-blockers. Out of home reaches people in a public space, when they are looking for information and ready to engage – rather than intruding into their private online worlds. They’re more likely to be positively disposed to it, and if the content is good, to bring it into their social networks. As individually posted content, it’s likely to gain a lot more genuine traction among the poster’s friends and followers than the digital ads that our brains have gotten so good at ignoring.

According to the Nielsen report, Millennials “aspire to stay in the cities rather than moving to the suburbs or rural areas”. This means that OOH is ideally positioned to reach them while they’re out and about, which they usually are.

OOH is a good way to highlight product offerings and deals to people right at the point of sale, thanks to location based technology. (Location-based technology is opening up all kinds of possibilities, including OOH research, which is why out of home company Primedia Outdoor has been building up their expertise in this area). For example, a recent Keds campaign in the UK  campaign offered shoppers a 20% discount voucher if they logged on to the Ked’s Wi-Fi page via a billboard screen at Westfield Eat street. This led to a 28% uplift in sales at the nearby Keds store.

Thanks to the advent of digital OOH and other technologies, personalisation, self-expression and incredible experiences can all be generated by OOH, and exhibited on a grand public stage. Some  examples include BMW’s “Become Electric” billboards that used neon lighting to highlight features, and directed viewers to an app providing a virtual test drive; Reebok’s OOH installation that allowed passers-by to win a pair of running shoes if they could run past quick enough; and spotify’s “Thanks 2016. It’s been weird” campaign, which put unusual facts and figures from its user data onto billboards. (For example: “Dear person who played “Sorry” 42 times on Valentine’s Day – what did you do?”)

You can see the Reebok installation at work here

But the best example is Coke’s  iconic campaign launched in March last year. This integrated DOOH and social media to put the spotlight on their consumers. Viewers could tweet their name with #cokemyname to a vast digital billboard in Times Square, which then displayed both their name and a fun fact about it. DOOH was the only media promoting the campaign, which generated 200 custom messages per day, and around 42 000 social media posts and 350 million social media impressions in total.  The digital billboard alone delivered 5.4 million audience impressions over the three weeks of the campaign period, with people from 110 different countries taking part.

OOH offers a great canvas for creativity, and now thanks to technological developments, the scope of this creativity is greater than ever. It works very effectively when paired with social media, and can be a point of contact within a community – all of which makes it ideal for reaching Millennials.