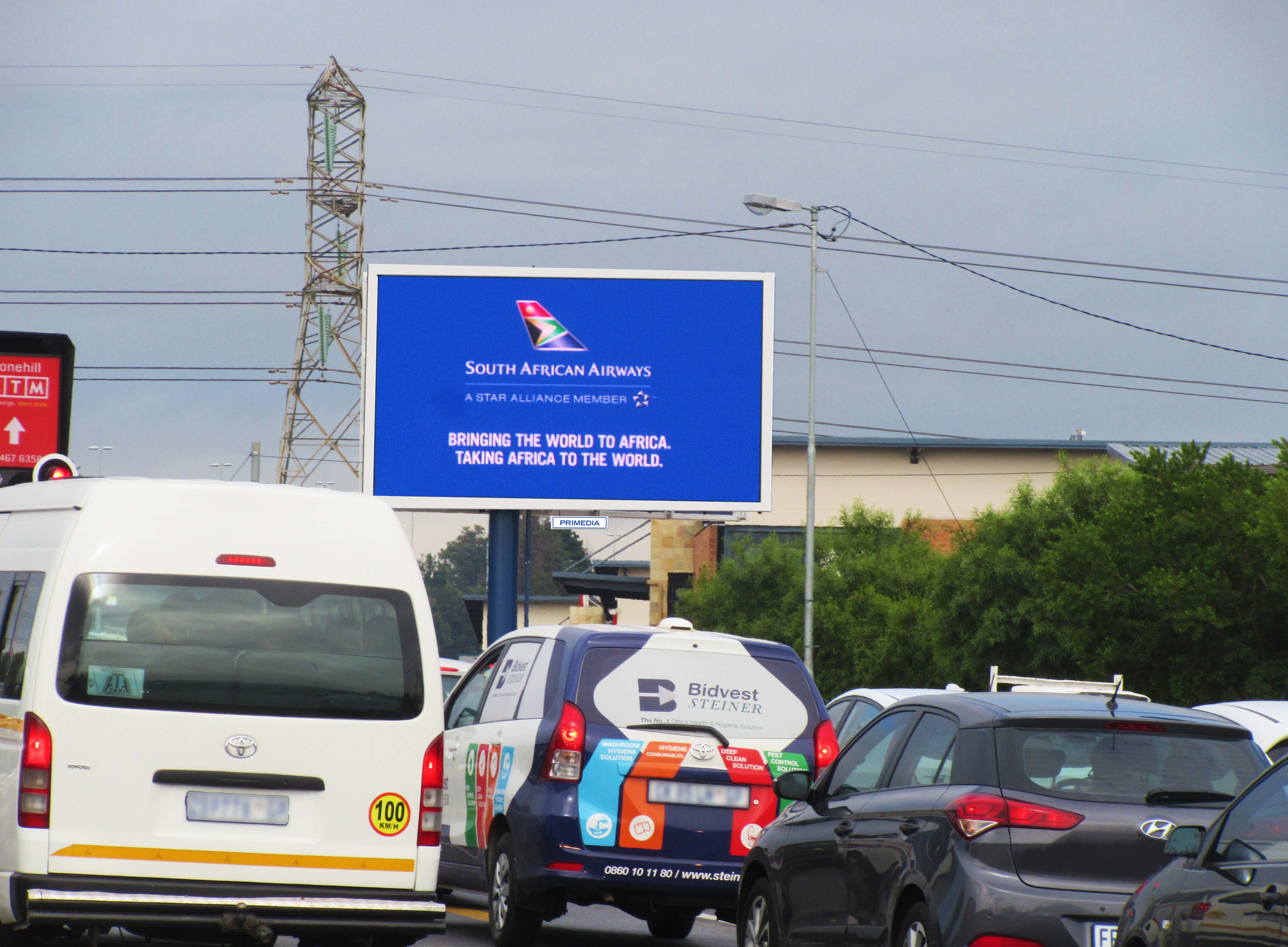 Primedia Outdoor have added a new LED to their Urban Digital Network.

Situated in Paulshof on Witkoppen Road, the site boasts a reach of 82 293 and 572 279 impacts in an average month (ROAD, 2015). This site is perfectly positioned to reach the higher income groups and economically active end of the market, with 56% of audiences falling into an LSM of 8 – 10. Of these, 62% are working (with 59% working full time). Over the course of a four week period, people are likely to see an advertisement on the LED seven times on average.

The Witkoppen LED is the latest addition to Primedia Outdoor’s Urban LED Network, all of which feature high resolution digital LED screens of various sizes (most of them are 32sqm). All nine LEDs are located on key main arterials in the central metropolises of Johannesburg, Pretoria and Cape Town.

Primedia Outdoor’s Township LED Network is also growing steadily. This began with the installation of a 4x8m screen in Soweto (with a population of 1 356 094, Soweto is South Africa’s largest township, and so was the obvious starting point). Located on Chris Hani Rd, the Soweto LED is adjacent to Bara Mall and reaches traffic travelling west after Baragwanath Taxi Rank, towards Maponya Mall and the surrounding suburbs of Soweto. The site has monthly traffic volumes of around 693,792 vehicles.

At the end of last year Primedia Outdoor followed this up with the launch of a 4 x 8m screen in Tembisa, Ekurhuleni – the country’s second largest township. This LED is located on the busy Andrew Mapheto Drive, travelling from Birch Acres Mall and Tembisa Plaza through Tembisa’s largest node.

“Digital billboards offer numerous advantages, including creative flexibility and the ability to grab people’s attention,” says Peter Lindstrom, Sales and Marketing Executive for Primedia Outdoor. “So we’re pleased to add the Witkoppen Road site to our network, as we believe it’s a site that will be of value to our clients.”