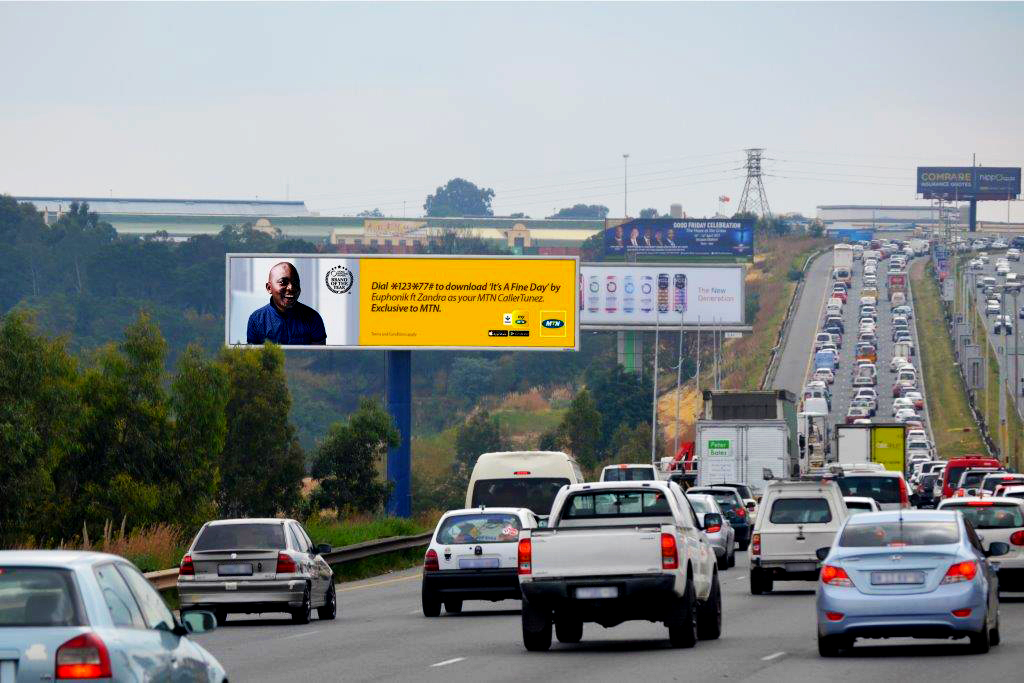 Primedia Outdoor’s fifth digital freeway site has recently been launched, making their freeway LED holding the largest in South Africa. Situated on the M1 South, the digital billboard is in a prime position just after the Booysens interchange on the three lane M1 De Villiers Graaff Motorway. The billboard faces traffic travelling north from Soweto and the southern suburbs, heading towards the Johannesburg CBD.

The new freeway site yields an 11.6% reach for Gauteng, which equates to a total reach of 1.1 million of the South African adult population, aged 15+. The site also offers a high monthly frequency of 12 (meaning a person is likely to notice an ad on the site 12 times on average during that period) and 14 million impacts in an average month.  This new site is ideally positioned to reach high income audiences, mainly working LSM 7-10 individuals aged 25 and above (ROAD 2015).

“As they are digital, these freeway sites allow for multiple messaging and daypart messaging, which makes it possible to target different needs and wants throughout the day,” says Primedia Outdoor’s Sales and Marketing Executive Peter Lindstrom.

“Naturally, we’re excited to launch this latest addition to our digital freeway holding, particularly given its excellent reach and high number of impacts.”