Surf and the power of OOH 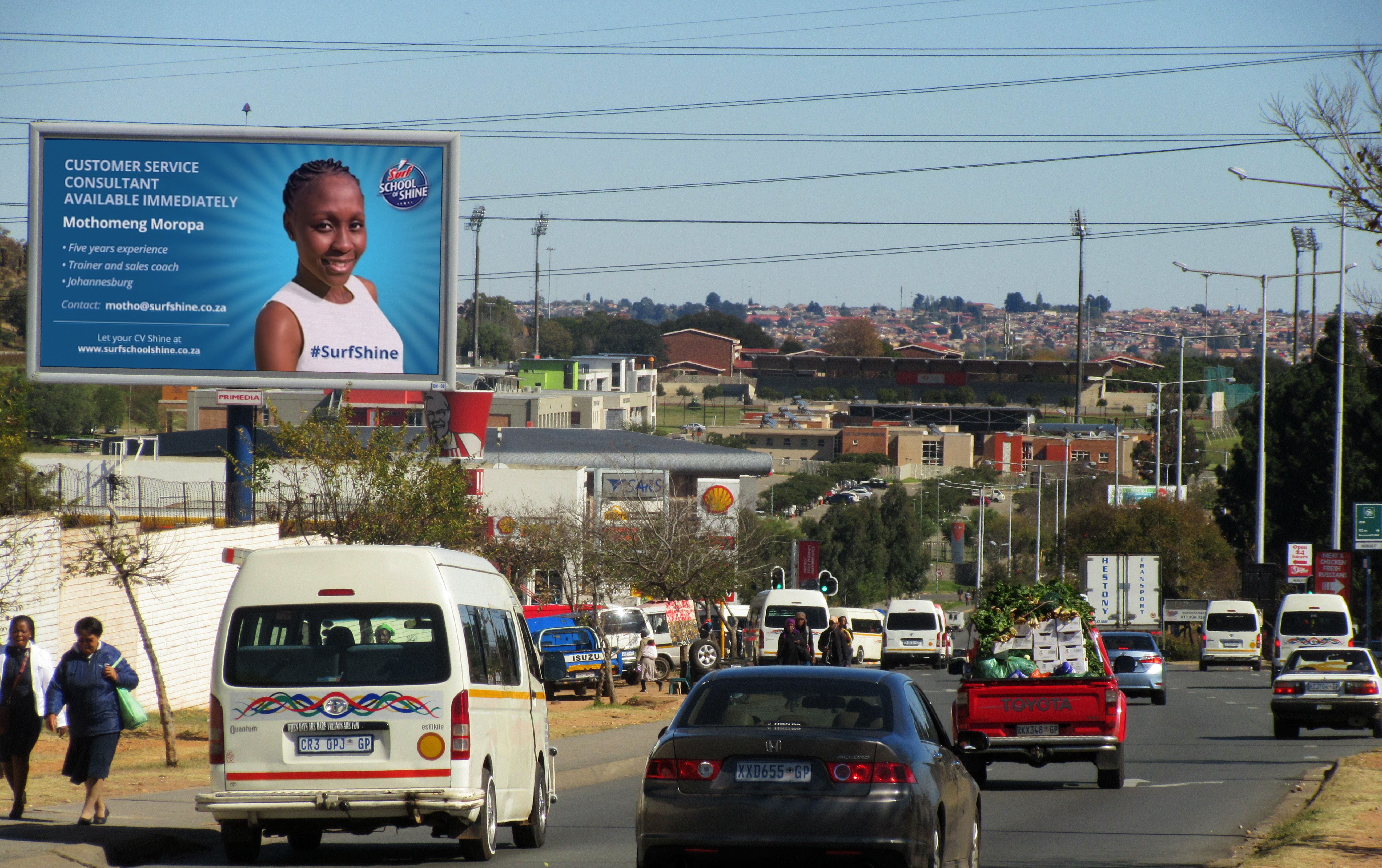 A recent campaign has used OOH in a novel, personalised way to mobilise social media – something that OOH does extremely well.

The Surf’s School of Shine CV campaign, flighted in May 2017, took the unique approach of screening the CVs of several women to have gone through the Surf “school”, displaying these on digital billboards at high traffic intersections over three days. According to Liquorice’s Maciek Dubla and Will Talbot, the commercial aim of the campaign was “to create national talkability, so we combined the activity of the billboard with a partnership with two local bloggers (Zanele Mondi and Lerato Kgamanyane), and Bona and People magazine’s Twitter profiles.”

“Overall we had a great response to the campaign, but specifically the idea,” says Dubla. “People connected with what we wanted to achieve, and were willing to spread the message, giving these women even more of a stage to shine.” #SurfShine garnered 2 698 395 twitter impressions, social reach of 426 277, social engagement of 2.73% (KPI: 1%-3%) and 275 unique tweets, as well as online press coverage.

“We see the billboard as a digital medium, which in itself shows you how integrated digital and OOH have become, giving brands the opportunity to show a coherent story within one medium,” says Dubla.

That OOH is a prime means of driving online and mobile engagement is now old news, albeit increasingly well confirmed. According to a 2016 Nielsen OOH advertising study conducted in the United States, the following percentage of respondents said that OOH elicited the following actions on a smartphone:

Nielsen also found that “OOH media delivers more online activity per advertising dollar spent compared to other offline media”. Here in South Africa, the Surf campaign garnered the results it did for under R60 000.