Coca-Cola back in the Mass Market 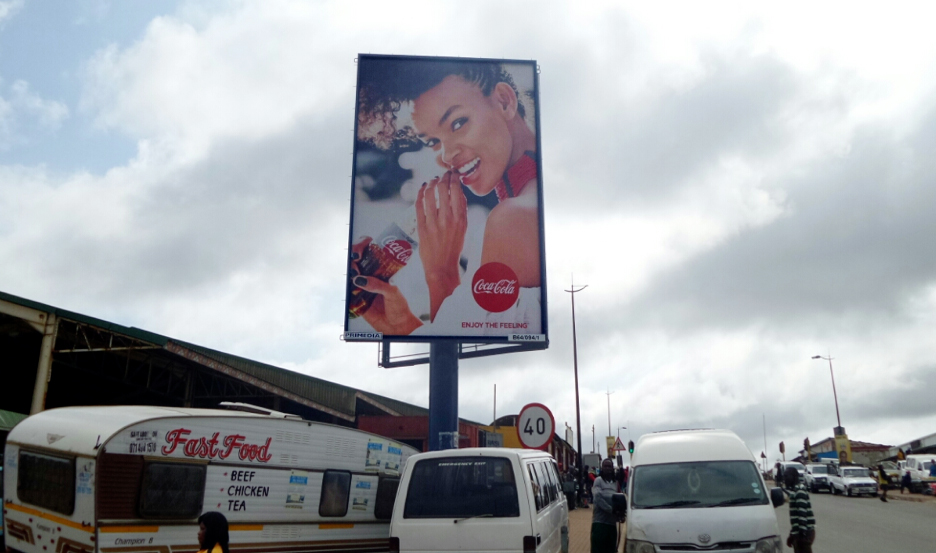 Coca-Cola has been reestablishing its OOH presence in the metro township and rural arena on an impressive scale this year. A national holding has been built up and promotes the brand’s iconic nature to strengthen Coca-Cola’s connection with South Africa’s LSM B & C consumers. This article takes a closer look at what Coca-Cola has been doing right on mass market OOH in 2017.

The FMCG business has always been and still remains a volume-driven industry, and experienced marketers will guard market share jealously in a challenging economic climate. Hard-pressed consumers cannot afford to waste money on products that are pitched as being almost as good as the real McCoy, but end up not making the grade. Hence the importance of brand stature to reassure consumers that they are investing their hard-earned cash wisely.

Judging by the data, Coca-Cola has taken a “back-to-basics” angle with its OOH strategy and its grassroots approach on the OOH front shows that it takes the mass market segment seriously. The latest Outdoor Auditors’ report confirms that Coca-Cola enjoys a substantial presence across LSM B & C markets and according to the figures, Coca-Cola features as the leading soft drinks advertiser on OOH in South Africa.  “Not only has Coca-Cola always been a key and strategic player in the OOH market, but we have seen a substantial shift in dominance from our previousaudit” says Erik Warburg, Director Outdoor Auditors.

“Coca-Cola is an iconic brand and it deserves the status of category leader in the soft drinks market segment,” according to Jacques Olivier of OTS Media, the independent OOH specialist responsible for Coca-Cola’s OOH campaign. “Working on a brand of this stature is a big responsibility, and naturally requires that the best solutions are found to achieve the communications objectives.”

“Given prevailing market conditions, every media owner out there is fighting for a slice of the advertising budget. Marketers are currently spoilt for choice when it comes to OOH media options, and good value can be found if you know what to look for,” says Olivier.

Obtaining best value has been a central consideration not only for Coca-Cola, but also for brands such as Sprite and Fanta that needed to communicate effectively despite tighter budgetary parameters.

“Fanta’s usage of smaller formats like Store Fascias and Consumer Ads has given the brand a truly national footprint at a very reasonable investment level. In fact, Fanta now has 100% share of voice on our store fascia holding comprising several hundred sites. This lets Fanta dominate at the consumer coalface and close to point of purchase”, Lindstrom says.

So what would the right OOH opportunities be to effectively reach the mass market? Olivier believes it is important to separate the wheat from the chaff “because a number of media owners may think they have a good proposition for delivering a mass market audience but often the value for money relationship simply isn’t there.”

“Probably the single most important aspect in determining value is having an intimate knowledge of the marketplace. This is a skill that is becoming a lost art on agency side because there is simply no substitute for hitting the road and selecting sites from behind the steering wheel, and not many OOH media planners nowadays follow this approach,” Olivier added.

Lindstrom is bullish about the prospects of the traditional OOH mass market media types, despite the growth of digital OOH. “High construction costs may hamper large-scale new development of traditional mass market billboards, but Primedia already has a vast existing holding that offers advertisers a comprehensive national footprint and this puts us firmly ahead of new market entrants.”

“Campaign outdoor isn’t always perceived as a sexy medium by marketers and digital is certainly a growth area within OOH. But traditional static billboards remain a reliable workhorse that delivers unbeatable value time and again. It’s a testimony to the intrinsic value of these formats when I see a brand like Coca-Cola embracing this medium again and making it work for them”, says Lindstrom.